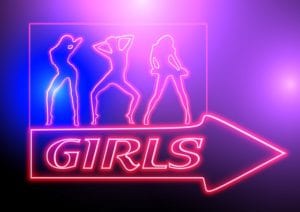 Prostitution is illegal under Michigan law and also illegal at the federal level. In addition, many municipalities have their own local ordinances that criminalize prostitution.

Prostitution is generally defined as exchanging a sexual act for money or other valuable items. Though the definition seems simple enough, a lot of crimes are covered under the category of “prostitution.” Here is a break down of the most common ones in Michigan:

Prostitution: All prostitution is illegal, but people 16 years and older who decide to prostitute themselves will likely face criminal charges in Michigan. For first offenders, this is a misdemeanor crime with possible penalties of up to 93 days in jail, a $500 fine, or both. Second offenders will also face misdemeanor charges, in addition to jail time of up to 1 year, a fine of up to $1,000, or both. Felony charges will come with the third and subsequent prostitution convictions, along with up to two years in prison, a $2,000 fine, or both

Assisting a Prostitute: It is illegal to help a prostitute seek clients or to help someone find prostitution services. This crime may result in the same charges as one would face if they were actually a prostitute or actually hiring a prostitute.

Running a Prostitution House: It is illegal in Michigan to keep, maintain, operate, or assist in keeping, maintaining, or operating a “house of ill-fame, bawdy house, or any house or place resorted to for the purpose of prostitution or lewdness.” This is a felony crime and may result in prison time of up to 5 years or a fine of up to $2,500.

Owning and Leasing a Prostitution House: It is illegal to lease a house or apartment if one knows that it will be used by the tenant for prostitution. In Michigan, the landlord would then be charged with a misdemeanor crime punishable by up to 6 months in jail or a fine of up to $750.

Forcing One’s Wife into Prostitution: In Michigan, forcing one’s wife into prostitution is a very serious felony crime that could result in up to 20 years in prison. Whether the wife was forced into prostitution through fraud, intimidation, or threats, this crime will not be taken lightly.

Accepting Money from a Prostitute or Pimp: It is a felony crime to knowingly accept money from a prostitute or her pimp, if this money was earned through prostitution. This crime could result in up to 20 years in prison.

Detaining a Prostitute: It is illegal to confine a prostitute in a prostitution house because of debts she may have incurred while working or staying in the house. This is a felony crime that could result in 2 to 20 years in prison time.

Transporting a Female for Prostitution: It is illegal to knowingly transport someone so that they can be prostituted. It is also illegal to entice or otherwise convince someone to become a prostitute. In Michigan, this is a felony crime that could result in up to 20 years in prison time. Transporting a prostitute across different states could mean facing being convicted of a federal crime as well.

Allowing a Minor to Work or Stay at a Prostitution House: It is illegal to allow a minor under 16 years old to work or stay at a prostitution house. For first offenders, this is a misdemeanor crime with charges of up to 93 days in jail, a $500 fine, or both. Second offenders will also face misdemeanor charges, in addition to jail time of up to 1 year, a fine of up to $1,000, or both. Felony charges will come with the third and subsequent offenses, along with up to two years as a guest of the Michigan Department of Corrections, a $2,000 fine, or both. 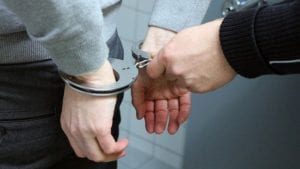 As you might imagine, using entrapment as a defense is pretty difficult to do. An entrapment defense is basically saying that the officer overstepped their bounds and that’s what caused a defendant to try to solicit them as a prostitute. Because an entrapment defense can be very technical, you need a skilled criminal defense attorney with extensive experience successfully using this defense.

What To Do When Facing Multiple Sex Crime Charges

In addition to any charges in Michigan, a defendant could also be charged with federal sex crimes. Because sex crime charges can be quite severe, it is important that you find an attorney who is well-versed in sex crime law, at both the state and federal levels.

Hiring a Criminal Defense Attorney for Your Prostitution Case 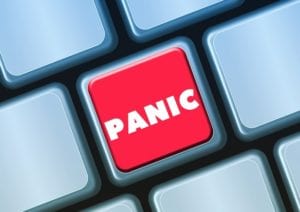 First, don’t panic! Although all sex crimes should be treated seriously, whether it’s a 93-day prostitution misdemeanor or a 20-year prostitution felony, there is hope! If you are being investigated for or charged with a sex crime in Michigan, you need to hire an adept sex crime defense attorney right away.

Our team of attorneys at The Kronzek Firm are experts on sex crime defense as we have some of the best criminal defense attorneys in Michigan. We have successfully defended many clients, receiving either a verdict of not guilty, or reduced charges and lighter sentences.

We defend cases all over Michigan, including in Saginaw, Clare, Antrim, Iosco, Mason, Oakland, Macomb and Van Buren. Fill out our contact form or call us today at (1 866-7NoJail)  1-866-766-5245 to speak to an aggressive criminal defense attorney.