Michigan Law defines child sexual abuse as any act of a sexual nature that involves an underage minor. This includes a wide range of criminal activity, from the distribution of child pornography, to fourth degree criminal sexual assault of a minor. 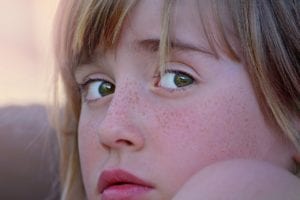 It could be the seduction of a child by a trusted relative, that goes on to become a long-standing sexual relationship between that child and an adult.

Or, it could be a single violent act of a sexual nature performed by a stranger.

Either way, both instances would count as child sexual abuse, and both are considered to be criminal acts in the state of Michigan. Technically, Michigan calls this Criminal Sexual Conduct.

It is important to remember that, regardless of how “harmless” the act may have seemed to the adult involved, or how willing the minor was to participate, any sexual contact between an adult and an underaged minor is illegal in Michigan.

Sex crimes involving children in Michigan are as follows:

Child molestation is simply another word to describe sexual abuse of a child. To ‘molest’ a child could mean all kinds of different things to different people, ranging from a child that was touched in a sexual manner, all the way to a child that was raped. This is why the words ‘molest’ or ‘molestation’ are not used in the Michigan criminal code.

The actual charge in a child molestation case in Michigan will be Criminal Sexual Conduct (CSC). The degree of the charge will depend on the allegations made as well as the prosecuting attorney’s discretion.

Allegations of child sex crimes present complex legal issues. For example, Michigan has developed special protocols for the questioning of children to avoid tainting the results. Although law enforcement officers claim that they use these protocols, our lawyers have seen several cases where the proper protocols were not used throughout the interview.

We understand the protocols and can readily spot tainted questions, as well as fallacies surrounding physical and misunderstood anatomical evidence. Skilled pre-trial research can lead to acquittals in child molestation cases.

For more information about child molestation, please read this. 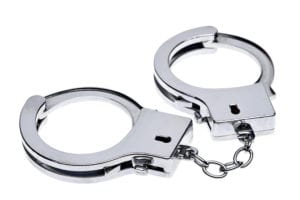 Accosting a Minor refers to an adult attempting to solicit a child to engage in sexually explicit activity. By definition, accosting a child is any situation where a person accosts, entices, or solicits a minor to engage in certain sexual activity, or immoral acts.

Historically, this crime involved scenarios where a defendant approaches a child in a park or at a school, intending to engage the child in illegal sexual activity. But today, this charge is most often brought based on internet activity.

Formore information about accosting a minor in Michigan, please read this. 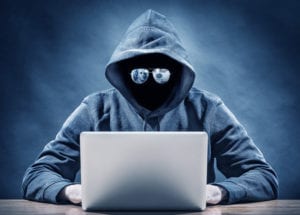 Child pornography is a very serious crime, and is illegal under both Michigan and federal law. The mere act of having even one pornographic or sexually suggestive image of a child in your possession, is enough to put you behind bars for years.

The possession, production and distribution of kiddie pornography are all very serious crimes in Michigan, and will result in substantial charges against you. Anyone caught with images or videos that fit our state’s description of child sexually abusive material, will be prosecuted to the fullest extent of the law. In the event of a conviction, you could end up spending decades in prison, and then be placed on the sex offender registry for life after you are released.

For more information about child pornography laws and charges, please read this

Children’s Protective Services (CPS) is an agency that operates under the oversight of the Department of Health and Human Services (DHHS). CPS is responsible for investigating allegations of child abuse and neglect in the state of MIchigan.

However, while this may sound noble, the reality is far more sinister. CPS has very little accountability for their actions and decisions, and can petition the court to remove children from their parent’s care if they decide it is in the best interests of the child.

They are also responsible for filing neglect and abuse petitions against parents and caregivers, which can result in someone’s name being placed on the statewide child abuse Central Registry, even if they were never convicted of a crime. In addition, CPS can seek to terminate the parental rights of Michigan parents when cases are significant and involve sexual misconduct.

For more information on CPS and child sex crimes, please read this.

Will I be prosecuted for this? 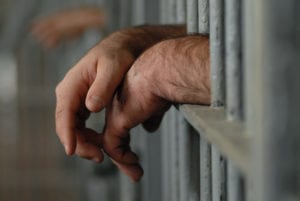 Prosecutors in Michigan are under considerable pressure to pursue charges in child sex abuse cases, even when there is no physical evidence. Jurors also seem to require a lower threshold of proof to convict someone of a child sex crime.

If you’re convicted, you face a lengthy prison sentence, the loss of your family, and registration as a sex offender. Since the cards are stacked against you, it’s important to have the best legal defense available to you.

At The Kronzek Firm, we focus on sex crimes such as child molestation and indecency with a child. Our lawyers have earned a reputation throughout the state of Michigan for our successful case results, which include many acquittals and dismissals. Our defense attorneys have the specialized training, experience, understanding, and skill to defend against sex assault allegations by a child.

As lawyers, we’re constantly educating ourselves on issues pertaining to child witnesses, false evidence, and false confession. Our law firm is closely aligned with The National Center for Child Abuse Defense. We also serve as referral attorneys for individuals seeking the Center’s assistance or advice in their defense.

Our extensive network of medical and psychological experts is composed of nationally recognized authorities. We often use these experts, along with our own years of experience, to give our clients the benefit of an aggressive, winning defense. This fierce and tenacious child molestation defense is the only solution to allegations of abuse and sexual assault in today’s world.

For a free consultation, fill out our contact form, or call 866 766 5245 24 hours a day, seven days a week to talk to an experienced Michigan defense lawyer about your child sexual abuse case. Our attorneys represent clients throughout Michigan, including Lansing, Grand Rapids, Muskegon, Holland, Kalamazoo, Battle Creek, Detroit, Saginaw, and Flint.